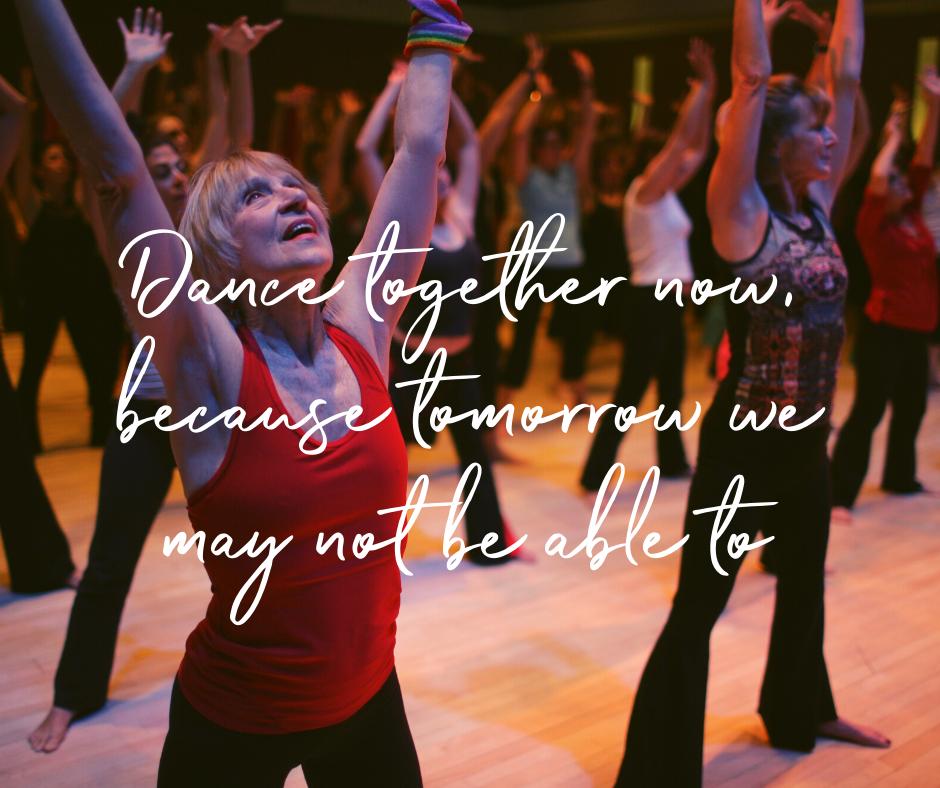 Three new routines are produced by Nia Headquarters each year. One of those routines is released to the Nia Teacher Membership on the very last day of the year, and it’s like receiving a Christmas present! The most recent one is called 2GETHER. 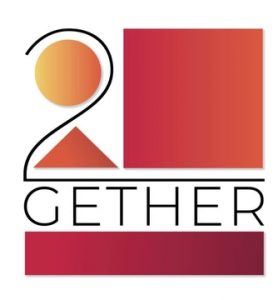 The name 2GETHER came from Debbie Rosas’s daughter who suggested how in this time of separation, people are hungry to be together again. A reminder that we are all connected.

~ dance together now, because tomorrow we may not be able to ~

Just as we have a focus and intent in each Nia class, each routine has its focus and intent. This is then woven into the music and the choreography. The focus of 2GETHER is the kinesphere, a term created by Rudolf Laban (1879-1958).

Laban first studied architecture, then moved into dance and choreography. Laban became interested in the relationship between the moving human form and the space which surrounds it. The kinesphere is the space around us that we can reach to its periphery with our limbs, hands and feet, without stepping away from one’s place. You could think of it as your personal bubble.

What does “dancing in community”
mean to you?

“Dancing in community means connection to me. Seeing others dancing, smiling, laughing or just being aware of the their presence. A synergy can be felt that is entirely different than when dancing solo.” — Jen Fowler, Nia Teacher Canberra 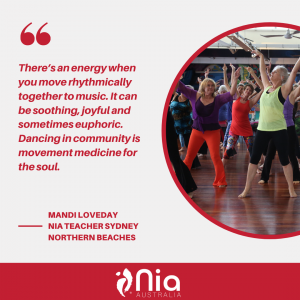 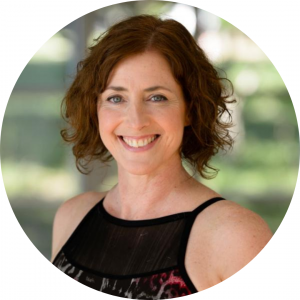 Fiona has completed the Nia White, Green, Blue, Brown and Black Belt trainings and the Nia 5 Stages training. Fiona is based in Canberra.

Fiona has always had an interest in health, human development and potential, and the field of epigenetics and epienergetics, and the central role the nervous system plays in this. She has been a practising chiropractor for 26 years.