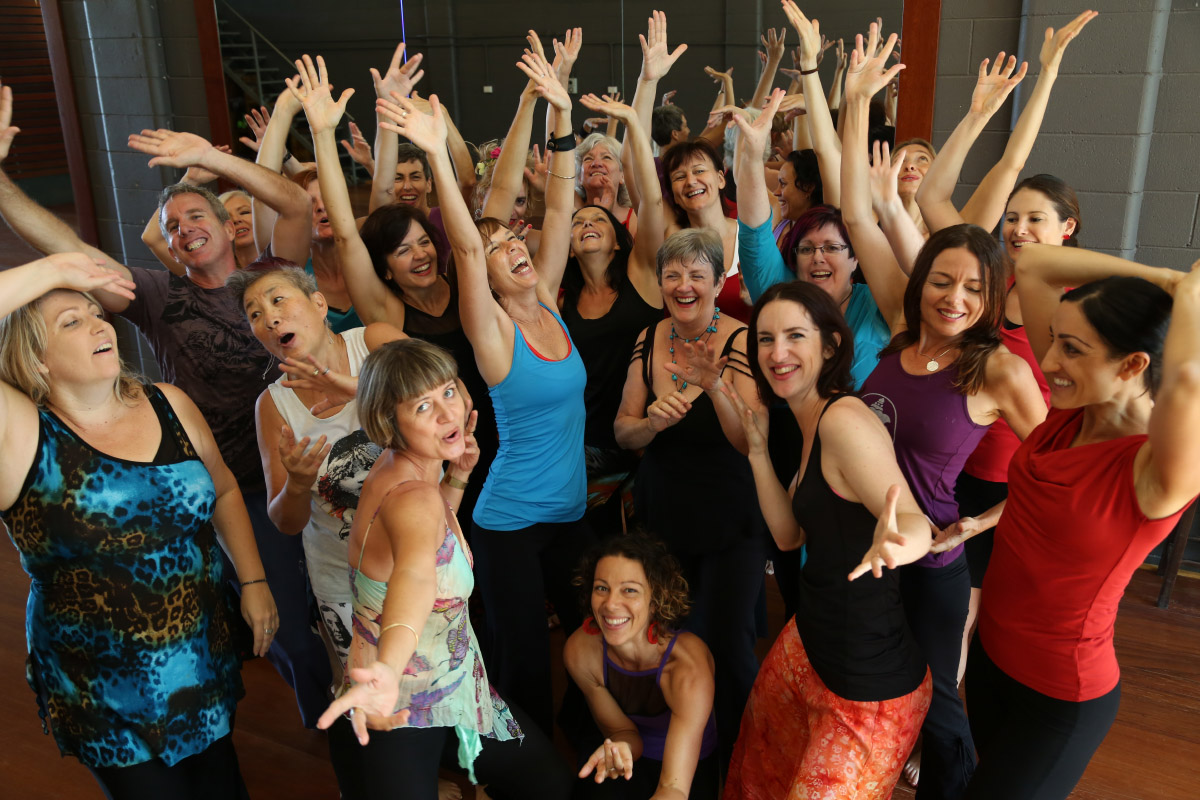 Communities thrive when they share a common purpose and sense an ability to connect and contribute. A seed was sewn in 2007 when four Nia teachers formed the Nia Australia Association with the intention to support and grow an Australian Nia community.

Less than a decade later there are over 60 active teachers, well over 300 White Belts and the ranks of Green, Blue, Brown and Black Belts are swelling each year. Australia has hosted three Nia 5 Stages trainings and 52 Moves is scheduled for November 2016. And in 2017 Debbie is coming! Ten years after the formation of Nia Australia, Debbie Rosas plans to make the journey to our remarkable country to inspire, teach and expand our community even more.

In the words of iconic Australian singer songwriter Paul Kelly, ‘from little things big things grow’. In the early 2000s when classes first began with Sunday Ross in Sydney and Sophie Marsh in Brisbane, hardly anyone in Australia had heard of Nia. In 2017 with Debbie Rosas, Ann Christiansen, Sophie Marsh, Kelle Rae Oien and Laurie Bass offering Trainings and more in Australia, it’s gonna be huge!

Geographically, Australia is an enormous country, the largest island on Earth. It’s a long way from Nia HQ, it takes a lot of air miles for international Trainers to get here and even then, there are vast distances to travel between regional centres. So in addition to the locals, the growth of our community is thanks to those who have visited from afar to share their love of Nia. The first White Belt Training was in 2005 with Holly Nastasi. Since then Ken Gilbert, Winalee Zeeb, Laurie Bass, Ann Christiansen and Susan Sloane have offered Trainings here. And Nia in Australia took a big step forward in 2011, when Sophie Marsh joined Nia’s International Training Faculty as a Next Generation Trainer.

While each member of our tribe brings great dedication to the practice and shares the joy of Nia in their daily lives, there is a core group of volunteers who have worked tirelessly for the growth of Nia in Australia. Sophie Marsh, Noel Boycott, Anita Patterson/Pulie, Lisa Silverstone, Joanne Wilkinson and Meggie Danielson have each volunteered as President of Nia Australia and have brought their unique creative spark to the health & wellbeing of our community.

In 2013 we held our first Nia Australia Gathering to dance, to celebrate, to learn, to embody, to be inspired and to be together. We held a second Gathering followed by a series of National Playshops where smaller groups meet in one part of the country on the same day and at the same time to dance, play and connect. We have a vibrant on-line community, which keeps us connected and gives us a space to share our experiences, feelings, thoughts, questions and enthusiasm.

Nia Australia’s mission is to ‘Create a Movement for Greatness’ with the intention to ‘Embody Radical Joy’. We’re each of us a work in progress, and lucky to have this practice and each other.